Virtual displays based on the 2021 A History of Racial Injustice calendar. 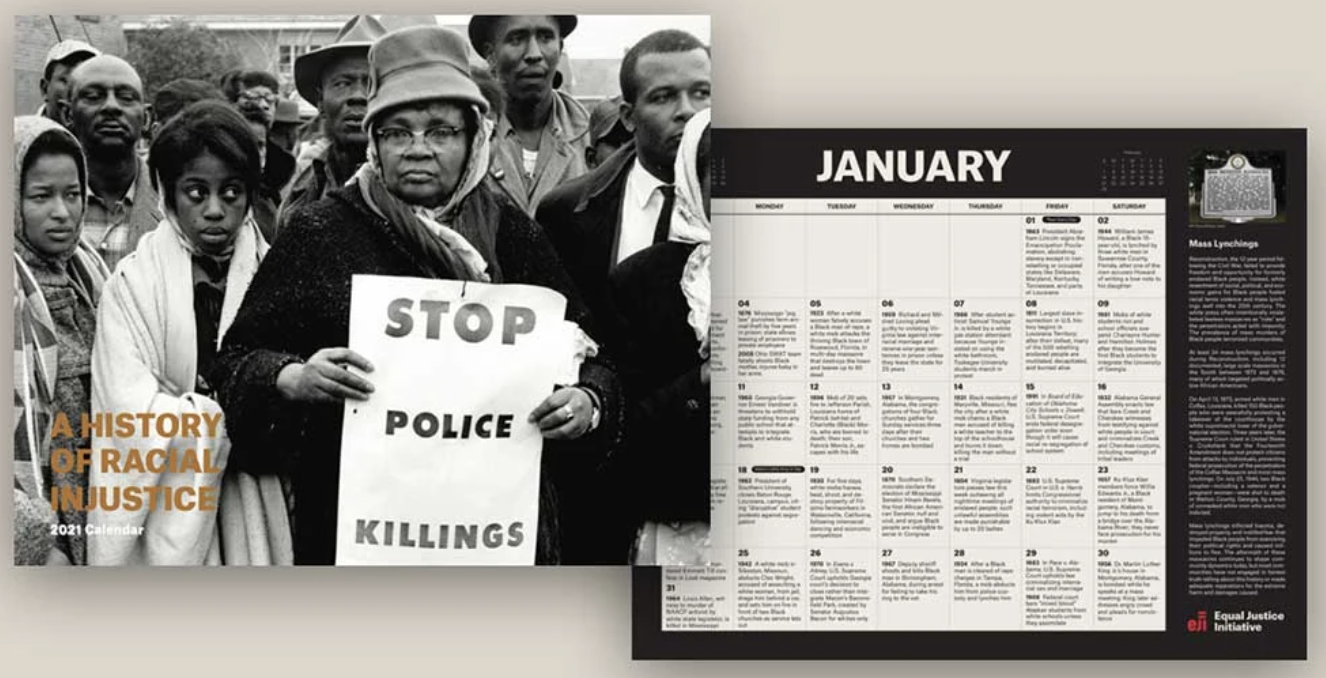